No name is more ubiquitous with the spy-film genre than that of James Bond. Based on the series of novels by Ian Fleming, this British secret agent has had a long career in both print and film. As of this post, there have been 24 different Bond movies with six different actors portraying the iconic Agent 007. While many have their opinions on the various films and actors, one thing remains true: James Bond is an easily-recognizable franchise. From 1962 to today, we’ve seen a variety of fantastical gadgets, and megalomaniacal villains give us a veritable history of world politics and technological advancements. The world of James Bond reflects a mirror onto our own society, only tinged with beautiful women, vodka martinis, and ever-present danger. This week’s two films highlight the origins of James Bond and how far he’s come since then. 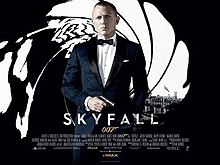 With four films to his name, Daniel Craig has tied with Pierce Brosnan for the number of films he’s portrayed James Bond. Of course, with George Lazenby’s single film and Timothy Dalton’s two, having four under his belt has cemented Craig’s place in Bond history. Starting in 2006 with Casino Royale, the choice of Daniel Craig for the role of James Bond was questioned, mainly due to his lighter hair and eyes. Most knew Bond as a suave, tall, dark, and handsome Englishman. Fortunately, the step up in action and fight sequences helped to redeem Craig and prove he was right for the part. At the very least, the new Casino Royale was a victory for the franchise, helping us all forget the campy 1960s version. The next decade also saw Craig as Bond in Quantum of Solace (2008) and Spectre (2015). However, it is my humble opinion that Skyfall (2012) was the best Bond film to date.

After being accidentally shot off a train in Istanbul by his partner, Eve Moneypenny (Naomie Harris), the presumed-dead James Bond (Daniel Craig) has been enjoying a life of retirement on a tropical island. However, when he sees a news story about a terrorist bombing of MI6, he heads home to England to help catch the perpetrator. Despite not being fit for service, M (Judi Dench) agrees to let him take the case. Following the trail from Shanghai to Macau, he eventually finds himself on an abandoned island off the coast of Macau where he meets formerly abandoned agent Raoul Silva (Javier Bardem). The now-captured Raoul uses his cyber-terrorist skills to break out of MI6 and hunt M down for his revenge. Fortunately, Bond takes her to his family estate of Skyfall, where they successfully defeat Silva and his men, but not without some sacrifice. 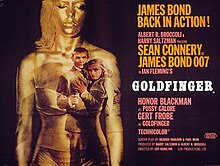 The one who started it all, Sean Connery helped define what it meant to be Bond on film. With six films to his name (only one short from tying his successor, Roger Moore), Connery even came back to the role after George Lazenby’s portrayal in On Her Majesty’s Secret Service (1969). Perhaps due to having Fleming’s source material for screenplays, Bond films were a regular occurrence in the 1960s and 1970s, one being released every two years or less. Despite many people’s opinion that Sean Connery is the only true Bond, it took him a while to warm into the role. Much like I stated earlier that Skyfall was Daniel Craig’s best Bond film (his third), Goldfinger (1964) is considered to be the best Bond film ever made and was Connery’s third time in the role. This classic introduced the world to many iconic situations, lines, and characters that have since been parodied many times.

Fresh off a job in Latin America, James Bond (Sean Connery) is quickly thrust into his next assignment in Miami. While at a resort on Miami Beach, he runs across his target, Auric Goldfinger (Gert Fröbe), and causes the cheating gambler to lose at gin rummy. In retaliation, Goldfinger’s henchman, Oddjob (Harold Sakata) knocks out Bond and kills Goldfinger’s accomplice, Jill Masterson (Shirley Eaton), by covering her in gold paint. Sneaking into Goldfinger’s plant, Bond discovers how the villain’s gold is smuggled from place to place, but also overhears something about “Operation Grand Slam.” It turns out that Goldfinger wants to detonate a nuclear device in Fort Knox, thus making him the owner of the only useful gold in the world for the next six decades. Assisting him with this venture is Pussy Galore (Honor Blackman), who Bond eventually uses to help foil Goldfinger’s dastardly plan.