The Hawaiian Islands are often lauded for their natural beauty. Because of this, they regularly fill in for a variety of tropical paradises for television and movies. While Hawaii often represents some deserted island, sometimes it takes center stage as the setting. Many unique attributes of Hawaii have made it a prime location for film. From volcanoes (a la 2012 (2009)) to surfing (a la Blue Crush (2002) and Soul Surfer (2011)), to Pearl Harbor (a la From Here to Eternity (1953) and Pearl Harbor (2001)), to just the Hawaiian culture (a la Aloha (2015)), there are a lot of things that are interesting topics to base a plot around. And while there haven’t been many films set in Hawaii, that doesn’t mean there weren’t any good ones (although these are also relatively rare). This week’s two films highlight some of the better movies set in Hawaii. 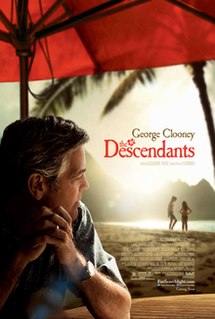 Land is a premium resource in Hawaii. Each of the individual islands are not very large. Even the “big island” is only about the size of Connecticut. Consequently, because there is not a lot of land being created and much of the land that is already there can be difficult to manipulate, anyone who owns land in Hawaii holds a lot of power. Because of the islands’ volcanic origins, the land can be used for a variety of natural resources, such as macadamia nuts, coffee, pineapples, and cattle ranching. Depending on its location, it can also be used for building resorts. The beauty of an oceanfront property can come at a high price, not only for the landowner but for the tenants of said resorts. This is why many who are connected to the native owners of the land have a difficult choice to make: keep the land sacred or become rich by selling it?

The King family has a decision to make in regards to their land on Kauai. Time is running out for them to keep the land because of the rule against perpetuities. Some resort developers have expressed interest, and most of the family wants to sell the 25,000 acres to the resort. Most, except for Matt King (George Clooney). Partly because he doesn’t need the money due to wise financial decisions, whereas his cousins are always strapped for cash, Matt is the sole person in charge of making the decision on whether or not to sell. At the same time, Matt learns his now comatose wife was having an affair with a married man who could stand to make a large commission on the sale of the land. As Matt lets her go, he forgives her and everyone else involved. Deciding to keep the property with the family, he then sets out to find a way to do so despite legal threats from his cousins. 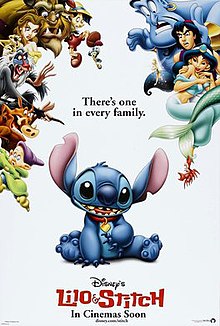 In outer space, the genetic experiment known only as “626” is imprisoned on an asteroid where he is to remain, exiled from the rest of the galaxy due to his chaotic nature. Unfortunately, he manages to escape and hijack a spaceship that inevitably lands on Earth. While galactic agents are sent out to recapture 626, the blue alien is knocked unconscious upon his arrival in Kauai and is taken to an animal shelter. Meanwhile, Nani Pelekai (Tia Carrere), in an attempt to show she can take care of her younger sister, brings Lilo (Daveigh Chase) to the animal shelter where she finds 626 impersonating a dog. Lilo immediately takes a liking to 626, whom she names “Stitch.” However, while Nani keeps trying to obtain employment, Stitch seems to ruin everything. Eventually, all these problems come to a head with Lilo potentially being taken to a foster family and Stitch sent back into exile. Can they be together?